Following to the Artwork creation for the triple album late fall, I was commissioned by Infiné & planet E, to create & compose an hour of live visuals for Carl craig & the versus synthetizer ensemble.
It was a pleasure to go back to video with the complicity of my friend ilan katin, who made it so special & exciting to work on, more than expected.

Versus is a long-gestating audio document of the collaboration between Detroit techno luminary Carl Craig, pianist Francesco Tristano, and French orchestra Les Siècles, conducted by François-Xavier Roth. All the aforementioned musicians (along with Germany's Moritz von Oswald, who serves as "spiritual advisor" for this recording) premiered Versus on-stage in 2008, reportedly to five standing ovations. Instead of taking the easy way out and just releasing a recording of the concert, Craig and company spent nearly a decade working on this album, taking full advantage of the capabilities of the recording studio. Versus certainly seems like a project that was labored over for such a long time, and it ends up being entirely worth it. 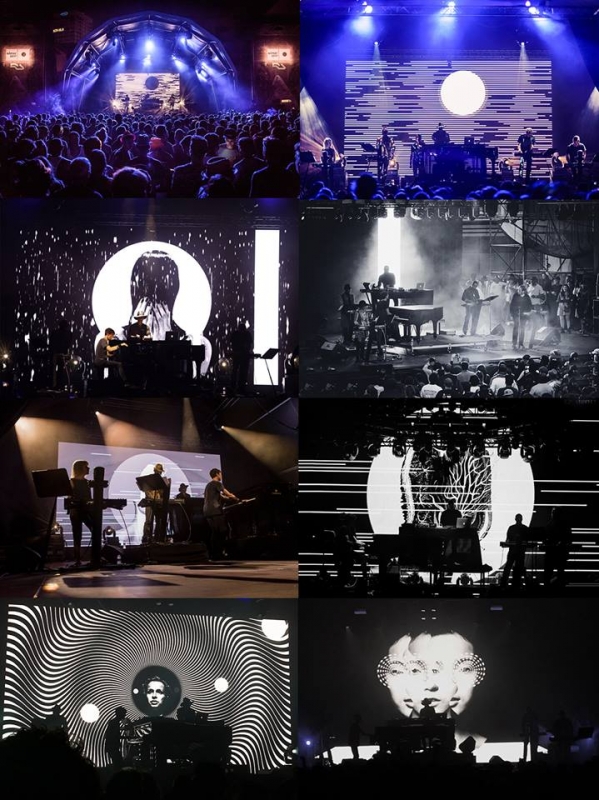